Well we won the AFF Suzuki Cup for 2010.. In front of more than 85,000 Indonesian viewers in Gelora Bung Karno, Senayan, Jakarta. The priceless score was by Safee Salleh, suddenly GBK quiet for few seconds.. that’s priceless how he can make all the “anak-anak Garuda” suddenly quiet…

The great news is K. Raja Gobal being “suggested” by The Jakarta Globe to be approach by big English club such as Arsenal.

“However, then came Malaysia, whose coach, K Rajagobal, should be approached by Arsenal. Defensively, Malaysia was superb against Thailand in the group stage and also away to Vietnam when it kept the home team, the AFF Cup champion, at bay for 90 minutes with a superb defensive performance that Arsenal fans haven’t seen since George Graham left.” read here for more.

Not only that, Rio Ferdinand, the defender of Manchester United team which also being labelled as the King of the Tweeters by SkyNews, congratulates Malaysia on winning the Suzuki Cup 2010 via his twitter.

“Cogratulations 2 Malaysia who beat in the Suzuki Cup final. I played against Malaysia U23 team 18months ago, quite a good team”-Rio Ferdinand

I’m not a fan of MUFC actually but he is a big name in football and i felt really proud for what he said. If you guys wanna follow his tweet, follow him with his username: rioferdy5.

I still remember we being accused by those haters as doesn’t know how to play fair, but using laser like an ultraman. I saw Malaysian jersey now with colors like Blue, Red and White (silver). We’re sending an ULTRAMEN team to Indonesia….. also only 300 supporters from Malaysia.. 300 (like the story of King Leonidas) 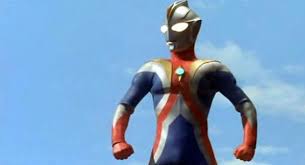 Once again, congratulates Malaysia, my home, my country…. and Najib Razak (our Prime Minister) announces that 31st December as a public holiday to celebrate our winning.

For all those who stilll saying bad stuff on us. Listen;
“Some people just said “we stole their culture” but they don’t really learn about us (Ignorance). They call themselves as “bangsa berbudaya” but they love insulting peoples with bad words and bad name. Maybe that’s what their call “budaya” . Although Islam but attitude like Jahilliah.. Nauzubillah Min Zalik. May God give them hidayah”
Also this,
The following is a list of 16 most corrupt countries in the Asia Pacific region * by PERC 2010
Think again..